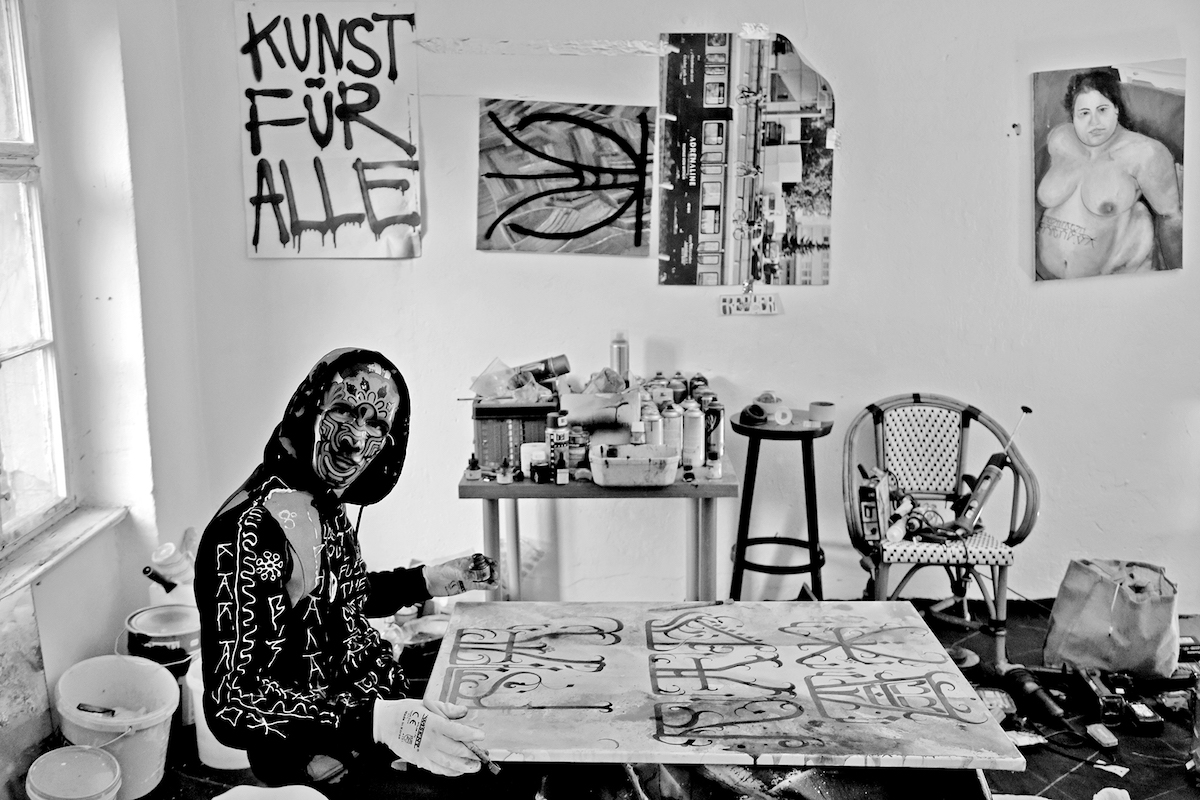 Infamous, fearless, even crazy – these are the attributes given to Berlin Kidz, a group of daredevils living and working in and around German capital. They have worked hard to earn the reputation of the most audacious graffiti group in town, always preparing a new action and pushing the limits. They leave their marks descending down the tallest Berlin structures on nothing but a rope and make videos that make everyone’s chin drop. And what do they want? To “fuck the system”, apparently.

Since we don’t know who they are and they are virtually impossible to get to, we’ve met with Thomas von Wittich, a Berlin photographer who dedicated four years to following and shooting Berlin Kidz during their risky stunts. His “Adrenaline” series portrays the group in many of their actions, giving both an artistic and a documentary quality to their performances. Our talk with Thomas allowed us to take a glimpse into the world behind the camera, and to satisfy our curiosity about the Berlin Kidz just a bit more. 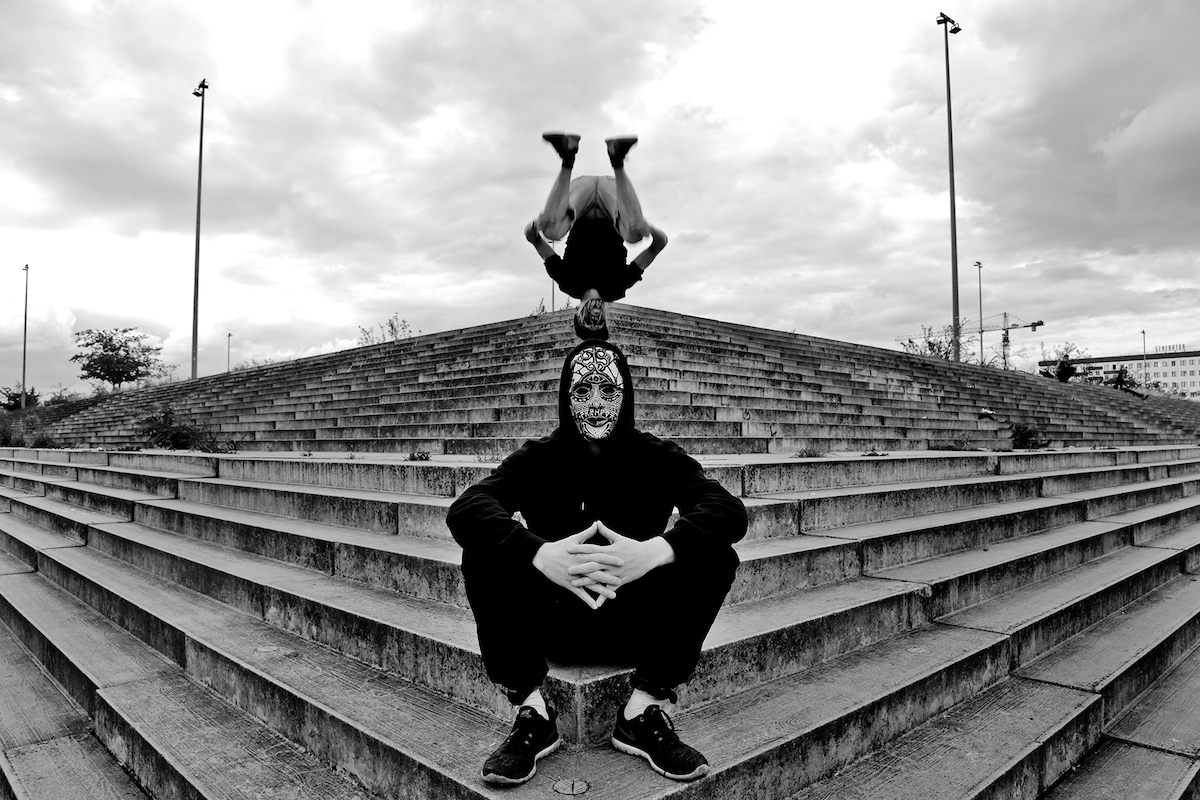 BSA: How did you first become involved with the Berlin Kidz?

TW: When Alaniz was hanging out in Berlin, he was painting some walls with the Berlin Kidz. I was already looking for a contact with them for about half a year without any results but he just met them in the streets. I was while working with Alaniz, so he introduced us. They painted a huge rooftop spot in Kreuzberg, I came with them to take photos and afterward we decided to do more together as it was working quite well.

BSA: They seem to extremely cherish their anonymity. How did they allow you to make photographs and then publish them?

TW: As not all of the people appreciate their work in the same way, they have to be careful about their anonymity. I had a reputation as a graffiti and street art photographer before I met them so they knew that I could be trusted. And the fact that they are constantly wearing masks makes it easier for me as well. 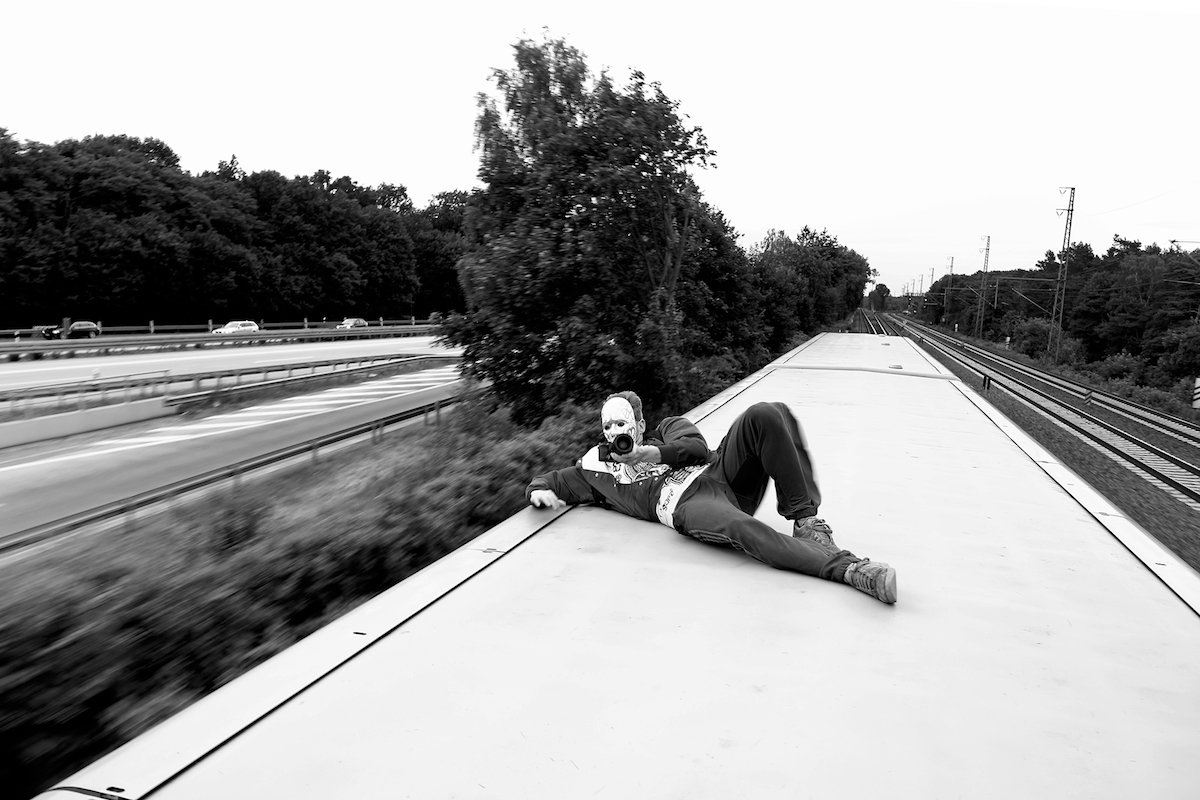 BSA: Do they ever pose, or your photos only capture their action?

TW: My photos just capture their actions. As they are used to have cameras around as they film all of their work by themselves it happens as well that they pose for a photo. But I never directed them or asked them to do anything for a picture.

BSA: What are they, actually?

TW: They’re a bunch of Berlin Kidz – they grew up in this city and this is exactly where it all comes from.

Like the Pixação Movement in São Paulo, they are not happy with the circumstances the city is offering and this is their way to express it. It’s a fight for freedom and against gentrification and surveillance. 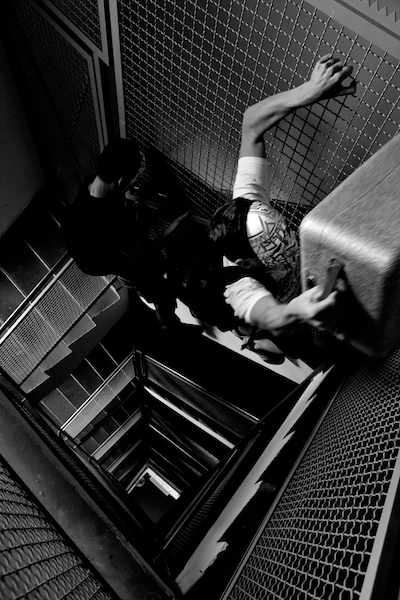 BSA: Did you have problems with the law because of your photographic work and involvement with the Berlin Kidz?

BSA: They keep bombing the impossible places around Berlin. Did you ever follow all the way? Did you ever surf the train or repel down from a tall building?

TW: I never repel down a building because I usually use very long exposure times. I often even took a tripod with me on the roofs to shoot their actions. Hanging down a building on a rope would not allow me to stand (or hang) still long enough to take a sharp photo. As well, the perspective it will give you hanging down a rope from the building wouldn’t allow me too many different angles to capture what they are doing. Apart from that, I followed them all the way, yes. 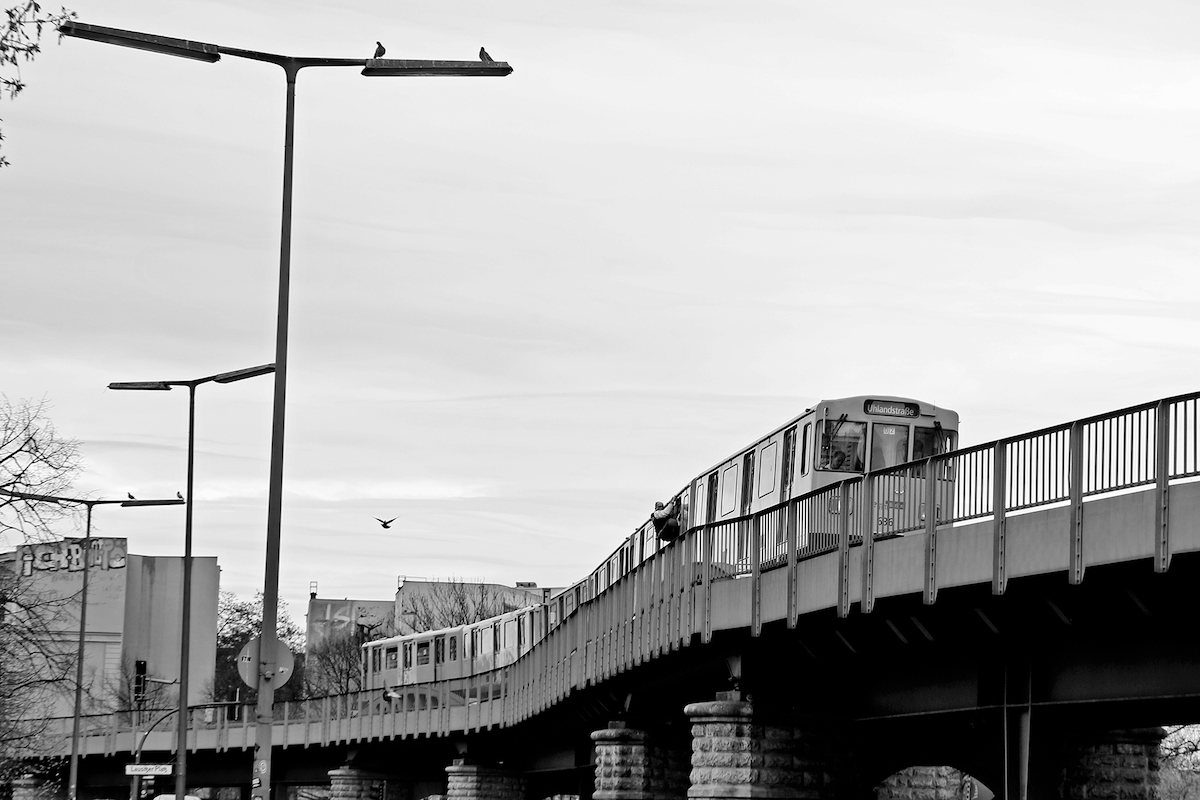 BSA: When you take those photographs of them in action, how dangerous is it for you?

TW: This is hard to answer as I never felt unsafe. Every action which was asking a bit more effort was talked about and they always told me before “you can do that” or “you shouldn’t do that”. So I was guided by professionals but the places and circumstances, for sure it was not as safe as when I am working with other graffiti writers in the streets.
There are a couple of things to make it less dangerous, too. Check the spot before, make a plan, wear good shoes, don’t drink before and don’t do drugs.

BSA: Did anyone ever get hurt?

TW: Not when I was with them. But yes, things like that happened and when you watch their videos you will see that they don’t spare out those moments.

BSA: Can you describe one episode/anecdote from your shooting spree with the Berlin Kidz? How does it feel to watch them doing what they do?

TW: It is very entertaining. I have never been so far from boredom than in those moments.
I have a beautiful anecdote every graffiti writer will recognize – forgetting fat caps. This probably happened to everybody who ever went out to paint at night often enough. But finding that out just after climbing up a 75 m high church tower with the intention to repel down and paint it makes the story a bit more fun. So for all the people who found it to be crazy that Paradox climbed up a church: He climbed it twice that night, haha. 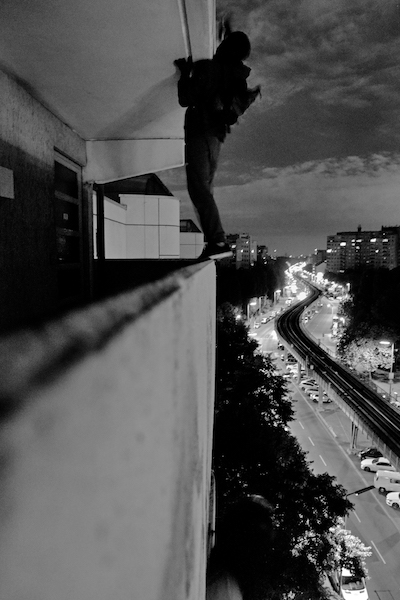 BSA: Do the marks Berlin Kidz leave around the city or the videos make people react? In what way?

TW: Most of the people I met seem to enjoy what they do. In the beginning I was surprised about that because they do heavy damage and mostly tags which is usually not so appreciated by the public but I think the fact that its colorful, something different and that there are a lot of small optimistic messages hidden inside makes it more enjoyable for people who don’t have a graffiti background. I like the reactions from the people in the streets.

BSA: What do they ultimately want to achieve? What is their goal?

TW: Like the new DVD, the title says – they want to fuck the system.

BSA: If they get there, will they stop?

TW: In this case, I would say the way is the goal.

BSA: What about you, how long will you follow and photograph them?

TW: I’m done. I spent 4 years with them. I have everything I want. 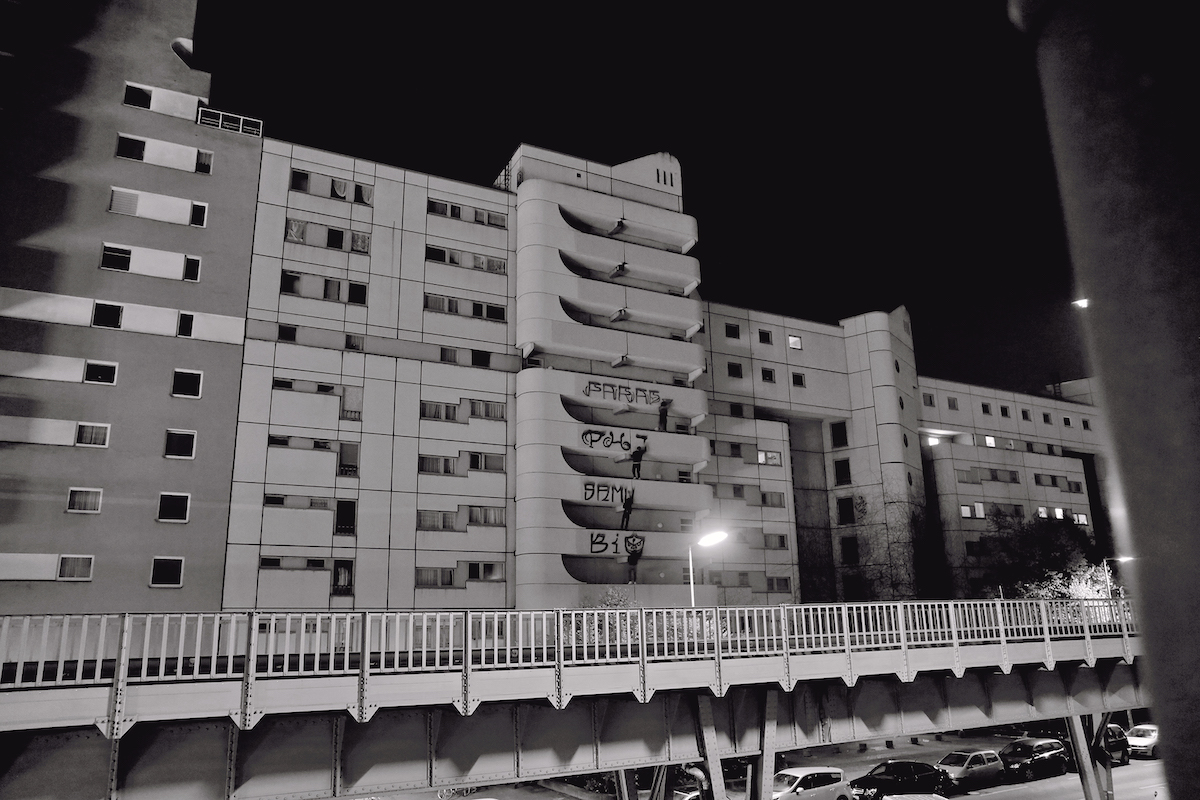 The interview was edited. All photos courtesy of Thomas von Wittich