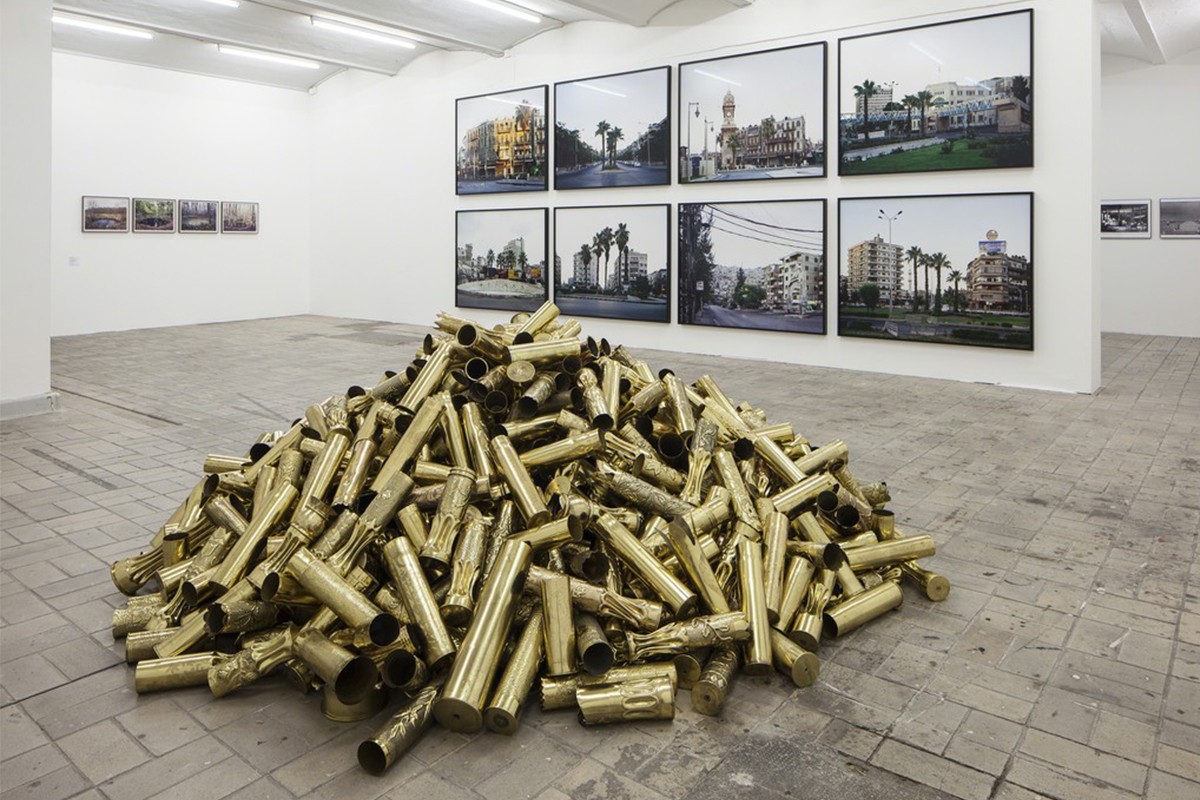 Fire and Forget at KW Institute for Contemporary Art

If you’re looking for the best museums out there, make sure to check out the museums located in Berlin. There’s a myriad of museums in this city, which doesn’t really come as a surprise, given that the capital of Germany is also a true center of art, culture and design. Depending on what you’re looking for, you will probably be able to find the best of the best, whether it’s history or architecture that you like, or something less upper-class. As you already know, Berlin has a good and long history of setting trends and raising the bar when it comes to culture, especially the subcultures and the alternative streams. So, that said, we’re not going to tell you about all the museums that you already know of, like the Jewish Museum, the National Gallery or the museums belonging to the Museum Island. We’re going to talk about the slightly less famous ones. Since Berlin also has a close relationship with street art, the first Street Art Museum is going to be located right here. But beside this project, there should be lots of other unusual things to see here, or at least is seems. So, city of alternative culture, let’s see what you’ve got!

Located in central Berlin and conceived as a contemporary art institution without its own permanent collection, the KW Institute is one of Berlin’s typical open-concept galleries. It’s not really a museum officially, but it has a rich program and a capacity characteristic for one legitimate museum. When it comes to the way they design their program, flexibility is the key. They also pay a lot of attention to diversity and variety of content, which brings different audiences to the museum. The institution has a good reputation among Berliners, due to its friendly, inclusive approach. Their building consists of several exhibition spaces, meeting rooms, studios, a cafe, and several apartments, usually reserved for artists. Their artist in residence program is one of the most popular ones in the area. They place emphasis on education and research, and therefore beside the rich exhibition program, they also host workshops, and the famous Lab for Art Education, which organizes meaningful projects, in collaboration with schools. Since their program is constantly changing, and there’s something new on schedule each week, we suggest you take a look at their website and see what’s new. Basically, if you come back to this link once every 7 days, there’s always going to be something new.

In real life, there’s nothing too scary about medicine, except in terms of great admiration and fascination with its achievements, or some inherent human fears related to medical procedures. However, this museum is a whole other level of scary, since it has a unique permanent collection which surveys 300 years of medicine, and the collection is apparently not as nerdy as it could seem at first. The museum exhibits real body parts (among other things, some of which are peculiar as well), which brings great discomfort, but also makes you want to see more and learn more – just like horror movies do. If this wasn’t eerie enough, consider the fact that it is located in the former museum building of the Pathological Institute. The name of the permanent collection is On the Trace of Life, and the museum also hosts temporary exhibitions, which put emphasis on more recent medical insights and technology. 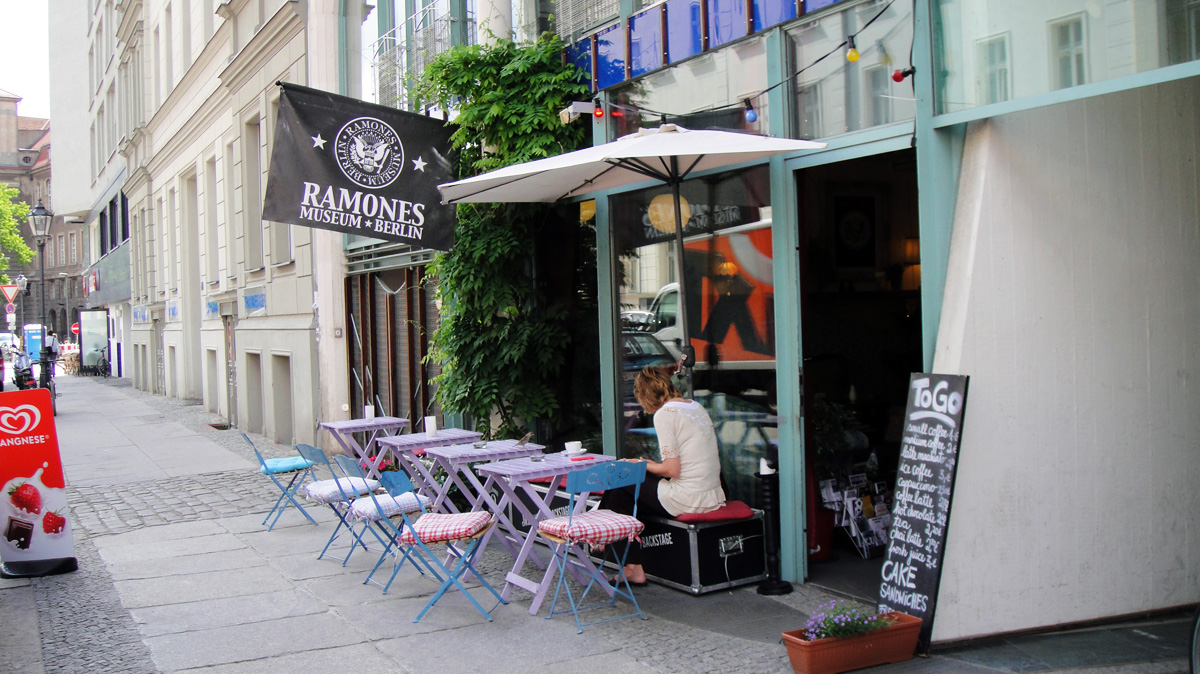 When it comes to alternative culture and counterculture, especially when talking about the roots, it is hard not to mention punk music and the entire movement. It is also a way of life, which was (if not anymore) truly related to Berlin, especially to its wild years, during the early ’90s. It is no wonder, then, that the first museum (and the only one, for that matter) to honor the legendary punk band from New York is situated in Berlin. The museum was launched by a fan, who had such strong enthusiasm and love for the band, that he eventually managed to create a museum that exists for almost 11 years now – since September 2005. Read the whole story on their website, it is as sweet and endearing as it is punky and hardcore!

The original name of this museum is Museum der unerhörten Dinge, which basically means: Museum of Things that are unheard of. As it often happens, the real notion of the term is not that easy to translate into another language. A better way to describe this museum is to call it a Cabinet of Curiosities, which is an expression used by the curator himself. Everything about this museum is a bit unusual. It is located between house numbers 5 and 6 in the Centralstrasse street, in a teeny tiny exhibition space, and it displays all sorts of strange objects, which are categorized by their weight. Not a very typical way to organize a collection, but it was probably one of the few possible ways, since the elements of the collection themselves don’t have that much in common, and this was the only logical parameter. The museum does not only display objects, but also welcomes other forms of artistic genres, films and music, at times. Ultimately, the most unusual thing is seeing all of the random stuff together in one small, wondrous place. 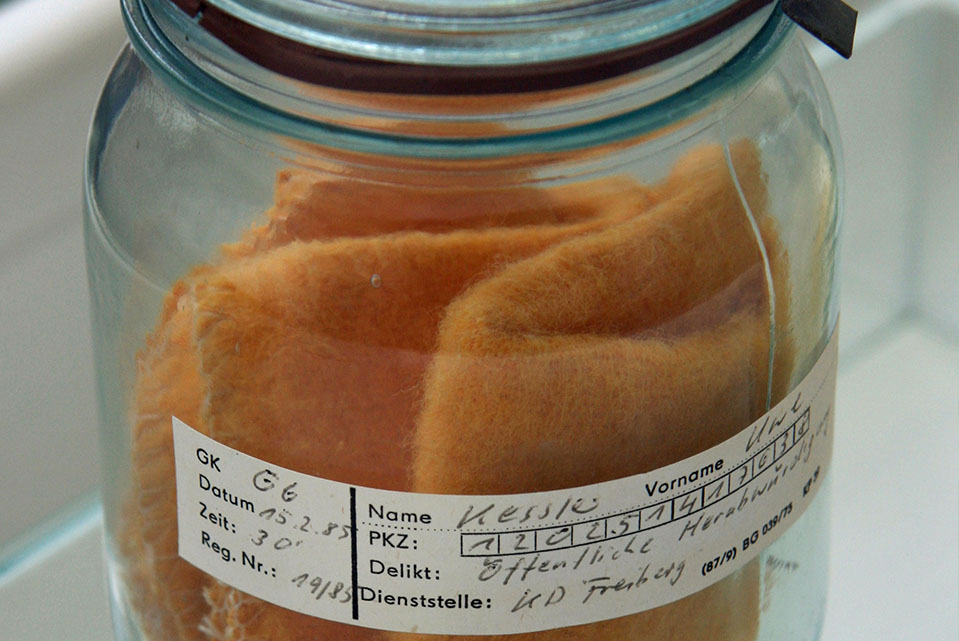 Stasi Museum – Unveiling the Secrets of the infamous Police Force

Staatssicherheit (or simply Stasi) was Germany’s secret police unit; a State Security Service. to be more precise. During the Cold War, Stasi had an entire network of citizens who were undercover spies, and who worked for this institution by deploying various methods, some of which you wouldn’t believe were real. Yet, everything was real, and it is now on display in Berlin (where else could it possibly be – in the end, Berlin has a reputation for this specific self-critical attitude, which is the best part of its charm). Thanks to this museum, both the tourists and Berliners have an opportunity to find out about the operations of one of the most feared secret police states of the 20th century. According to the statistics – out of each ten East Germans, at least one was working as an informant for the Stasi, using the most bizarre techniques you could imagine. If you’re into detective games, or simply into juicy historical facts that will also give you the creeps – this is the right place for you. 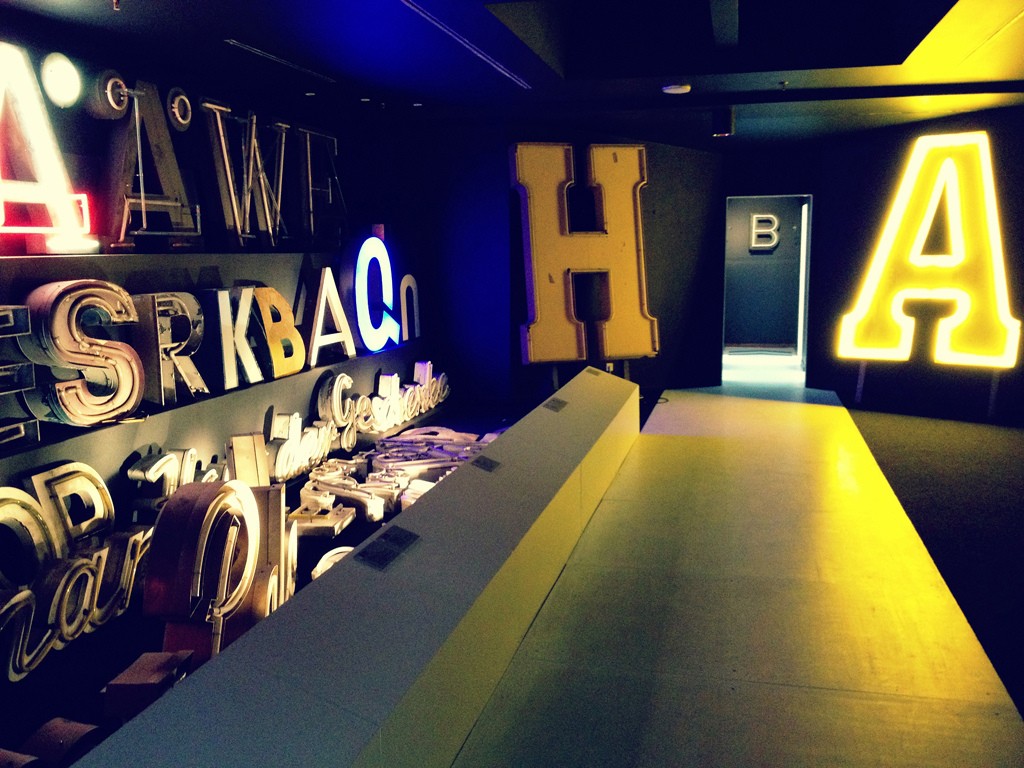 Museum of Letters – All the Typographies there are in Berlin

This is something that will definitely be interesting to graffiti writers, and to graphic designers as well. The Buchstabenmuseum’s main goal is to preserve and document letters and various letter-forms, mostly focusing on the public announcements, neon commercials and other types of typography used in public spaces. The museum collects these “items” and presents them as part of our collective urban history. Although the museum is primarily interested in the history and evolution of signage, it also has other types of three-dimensional and flat letters in its collection. Apart from creating an amazing, completely original collection, compiling letters is also a good way of recycling, and preventing parts of our urban history from ending up in trash. We suggest that you take a look at their collection online, since they’re currently relocating the venue. We guarantee that the aesthetics of at least half of these letters will inspire you greatly.